Plons is affiliated with 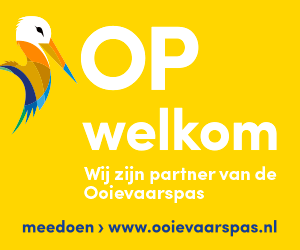 "You probably don’t know what I am talking about, but I will give you an A3 training. It will be quite tough! So do your warm up gently, Be mindful of your fellow swimmers as it is quite crowded tonight." Just a Tuesday evening at 8 o’clock in the evening in the Overbosch Swimming pool. It was indeed pretty busy with 36 swimmers in the crammed little pool. How many of them would by hearing the word A3 be thinking of a paper format rather than…? Yes, than what? It is time to dive into the phenomenon of ABC training.

Swimming techniques forms an important element in our training sessions. Swimmers who have a sufficient command of the right technique almost always outstrip swimmers who solely rely on their strength, particularly at long distances. The trainer’s main aim is to improve the swimming technique of every single swimmer. However fanatical a swimmer is, Plons provides training sessions containing a variety of disciplines. The sessions are not only focused to keep the swimmer optimally in shape; a little fun and enjoyment are essential elements in these trainings.

Following the same training every single session will after a time have a negative effect on the fitness of the swimmers. That is why Plons applies of a week-to-week variety of training programmes that is focused on improving form, technique, endurance, and speed. So sessions of long(er) distance swimming whereby the focus is on technique is followed by sessions of a more demanding nature giving prominence to swimming at a higher speed while also leaving room for technique.

The training sessions are generally adapted to prepare the contestants for the most prominent tournaments they are to participate in, such as the Eurogames, the XMAS-tournament or the Dutch Open Swimming Championships. And each competition is followed by a new training period which kicks off with a so-called aerobe bloc of six to seven weeks that is focused on technique development and endurance. Aerobe literally means oxygen. Simply put: all swimmers should be able to keep breathing during an aerobe training session. As a result they are able to build up their endurance thus allowing them to swim distances exceeding a hundred meters.

The training bloc ends with an aerobe bloc of about two weeks whereby swimmers learn to hold on to their technique even when their muscles go acid. During an anaerobe training swimmers get breathless and their muscles reach acid levels. Anaerob means without oxygen. If swimmers reach the level acidification they start to feel pain. It feels very much like walking up the stairs to the twelfth floor. The pain is caused by the accumulation of acid during a strenuous exercise.

The A of aerobe

During an aerobe bloc four consecutive training phases are pursued during a six to seven week period:

A A3 phase is followed by two weeks of anaerobe training during which swimmers swim shorter distances at a higher speed level reaching 100% with longer rest breaks to simulate tournament experiences and to get them prepared fully fit on the starting block at top tournaments. During this period various skills are practiced such as sprints, starts and finishes and at the end of the period attention is focused on relays. At the very end of this trainings cycle, just before the tournament, attention is paid to tapper training. At this stage swimmers should take it easy and dot the i's and cross the t’s. They are now fit and ready for the tournament.

You will find more details of our training programmes on the members page of the Plons website. Click on Agenda to see which training sessions are available and on which days of the week (A0, A1, A2, A3 or anaerobe) Our trainers will be able to answer your questions about the framework and the purpose of the trainings.